Welcome to our blood pressure pages. We present an explanation of blood pressure cuffs; how to take blood pressure; adult and pediatric assessment guides; practice drills for hypertension in children; and a series of case studies. 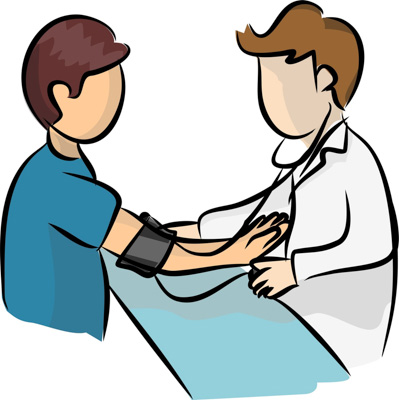 A sphygmomanometer is used to take blood pressure. The sphygmomanometer's cuff has an inflatable rubber bladder that is fastened around the arm. A pressure meter indicates the cuff's pressure. A small, handheld air pump inflates the blood pressure cuff. After the cuff has been inflated an air valve is used to slowly release air pressure. As the pressure is released, a stethoscope is used to listen to arterial blood flow sounds. These sounds are called Korotkoff Sounds.

Blood pressure is measured in units of millimeters of mercury (mmHg). Blood pressure values (readings) should be stated as pairs. The higher (systolic) value first, and then the lower (diastolic) value. For example, "128 over 84". This is written as 128/84mmHg.

There are mercury, aneroid (mechanical dial), and digital blood pressure cuffs. Digital cuffs are automated while mercury and aneroid cuffs are used manually with a stethoscope.

The patient's blood pressure can be taken while the patient is supine, seated, standing. In the common seated position, the patient's arm should be at the level of the heart. The arm should be supported and flexed a little. If the subject is anxious, wait a few minutes before taking the pressure.

These simplified virtual patients allow you to focus solely on taking blood pressure.