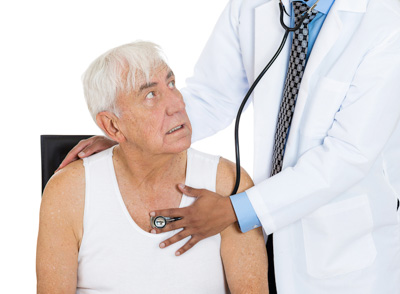 This course will teach you about second heart sound auscultation. Before beginning this course, you should finish the Normal and First Heart Sounds courses and feel comfortable with your ability to listen and recognize normal heart sounds and be able to identify the first heart sound.

Learning objectives for the second heart sounds course include:

The second heart sound (S2) is the result of heart vibrations transmitted to the chest wall when the aortic and pulmonic valves close. These valves close at the end of systole. 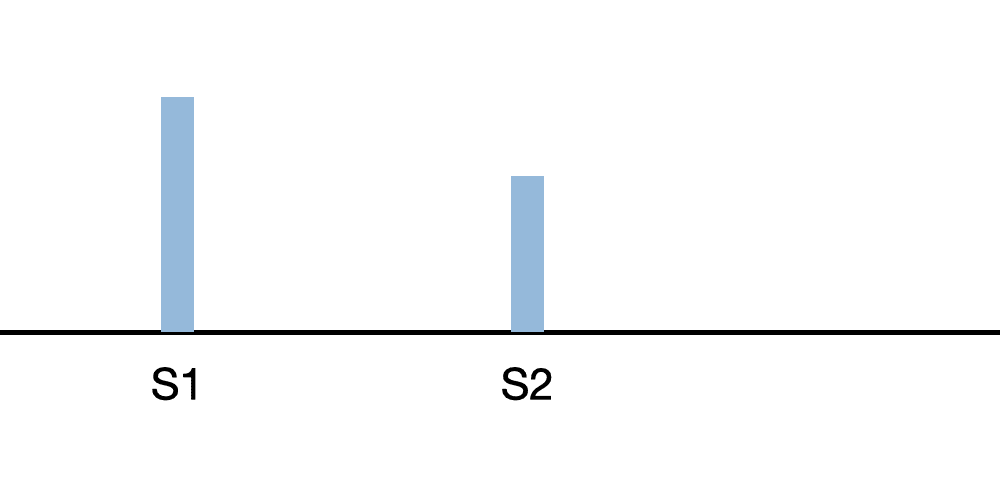 S2 is heard as a single sound when the aortic and pulmonic valves close simultaneously or nearly so. Because of a higher closing pressure, the aortic component is louder and closes slightly ahead of the pulmonic valve. 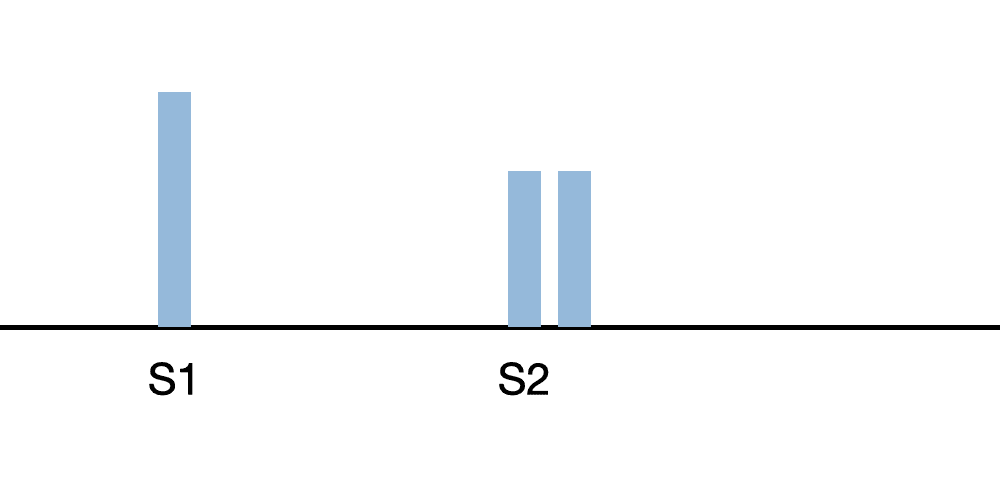 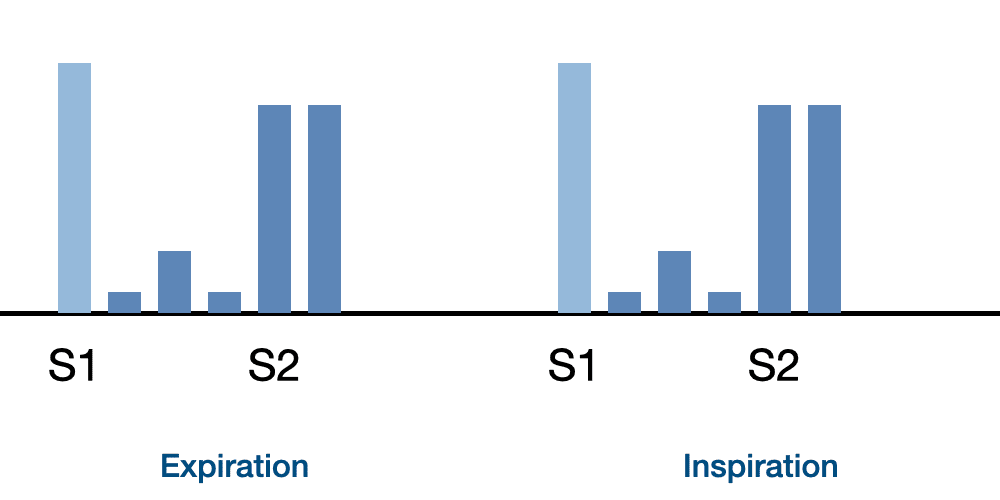 A discernible split that does not change during the respiratory cycle is a fixed split. Wide, fixed splits are associated with abnormal conditions such as atrial septal defect, acute pulmonary hypertension, and pulmonic stenosis. In the diagram, a fixed S2 split occurs along with a systolic murmur.

Closure of the aortic valve followed by the closing of the pulmonic valve generates the second heart sounds (S2). Careful observation of the intensity and splitting of the S2 can indicate the presence of several cardiac abnormalities.

In this recording, we present normal physiological S2 splitting. The splitting varies between zero and eighty milliseconds over the respiratory cycle. The S2 aortic component (S2A) precedes the S2 pulmonic component (S2P).

This lesson and recording presents fixed splitting of the second heart sound. The S2 split is unchanged through inspiration and expiration at about sixty milliseconds.

Fixed S2 splitting is associated with acute pulmonary hypertension, pulmonary stenosis, and pulmonary emboli. Fixed splitting of the second heart sound along with murmurs can indicate the presence of an atrial septal defect, a congenital heart defect.

Listen to this recording of a second heart sound with fixed splitting and including an increased sound intensity of the aortic component. This condition is seen in some patients with chronic, severe hypertension; aortic pressure is significantly increased.

Our recording contains fixed splitting of S2 to make it easier to concentrate on the relative intensities of the aortic and pulmonic components. In the cardiac animation video, note the increased thickness of the left ventricular wall caused by essential hypertension.

To correctly evaluate the sounds, carefully to the two sounds. If the first of the pair is of higher frequency and shorter duration than the second, it is a late systolic click followed by a single second heart sound.

A single S2 followed by a tumor plop in diastole can also mimic a split second heart sound.

If you move the stethoscope chestpiece to the pulmonic position, the tumor plop diminishes or disappears. But if two distinct sounds at the pulmonic area are observed, then this is likely to be an S2 split.

Tumor plop and third heart sound gallop have the same timing and frequency. It is not possible to distinguish one from the other.

In this recording, listen for an opening snap that begins about 75 milliseconds after the commencement of S2. Such opening snaps in early in diastole and a single S2 can mimic a split second heart sound.

The source of an opening snap is thickened valve leaflets which produce a snapping sound when opening. The more severe the thickening the earlier in diastole the opening snap occurs.

After completing all lessons in a coarse, a quiz becomes available. If the user successfully completes a quiz, results are saved to the user's dashboard and a certificate can be printed.

For subscribers, we provide a comprehensive heart sounds and murmurs reference guide. For each abnormality, one or more sound recordings are available along with text, phonocardiogram and cardiac animation.

Registered users can earn a certificate of achievement for this module by reading all content and then earning a passing score on this module's quiz.

Completed modules and related scores can be viewed on the dashboard.