So the chest x-ray or chest radiograph is a standard examination in trauma to look for pneumothorax, and it’s often done in the supine position and this is an example of an actual trauma patient. When you look at it, it’s very difficult 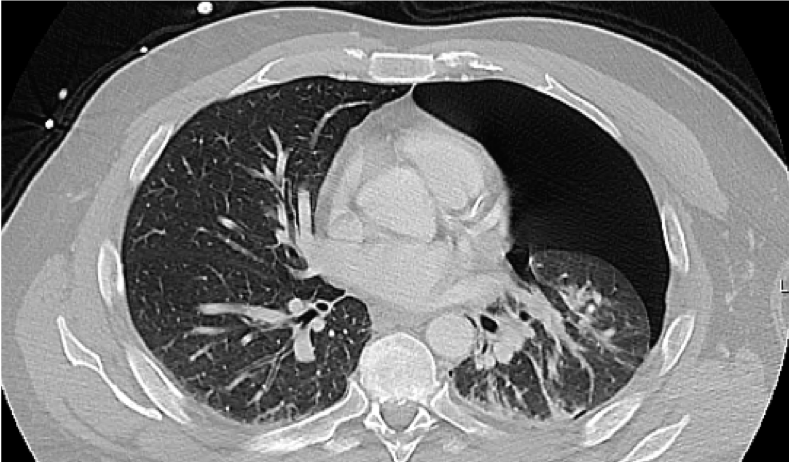 to tell if there is a pneumothorax. It turns out that in this patient he actually had a very large left pneumothorax. The chest radiograph is only between 30-60% sensitive for pneumothorax and you can kind of see why when someone is laying on a backboard or stretcher and the lung falls posteriorly, that you won’t see it well on an anterior posterior chest radiograph.

So what we do is we look with ultrasound and as we spoke about the normal lung, we’ll see the visceral pleura sliding against the parietal pleura as its seen on the image on the left here. When there’s air between the visceral and parietal pleura, you still will see that bright pleural line, but there will simply be no sliding, and the absence of sliding on the left here indicates a pneumothorax. 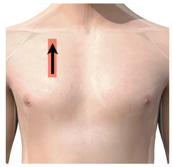 So when there is no lung sliding there typically is a pneumothorax particularly in younger healthy patients where you can compare one side to the other. Do keep in mind that there can be false positives where you have a lack of sliding but there is no pneumothorax present and this can occur in things like COPD or you may have large blebs that don’t look to be sliding very well, or if they have had a procedure such as pleurodesis that may adhere the visceral to the parietal pleura in the absence of a pneumothorax.