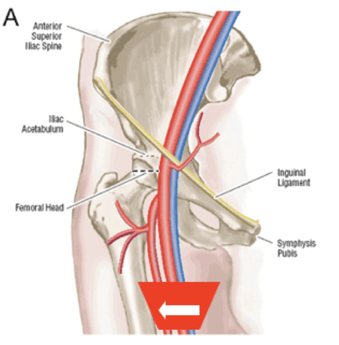 So femoral central venous access is often performed using the landmark approach where you palpate the artery and then go medial to that to put the catheter in without ultrasound guidance. This may work a lot of the time, but as highlighted in the initial legal cases, this can go wrong and I have seen people certainly put catheters in the wrong place in the artery when they don't use ultrasound guidance correctly. Ultrasound can help you to delineate exactly where that vein is relative to the artery. Again we are seeing it here, compressing it and the veins will compress as opposed to the artery, that takes a lot more pressure to cause it to collapse. We are also seeing in this particular image the saphenous vein which is coming in from the medial side in the right upper corner of that image. 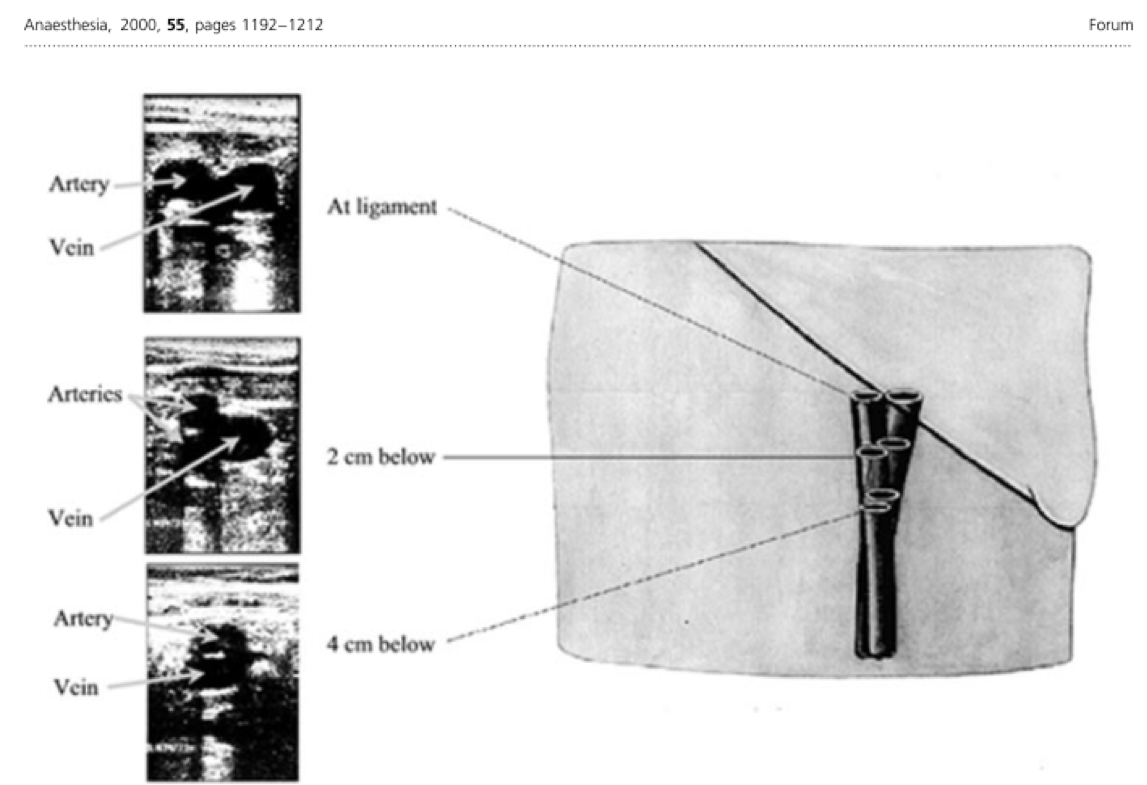 One key thing to understand is that the femoral vein tends to go deep to the artery fairly quickly as it goes distally from the inguinal ligament. So a lot of times you want to be fairly proximal in order to get a good access site for the femoral vein. this is a good lesson in general just to look how quickly that vein goes deep to the artery and how high you generally have to access it to get it right.