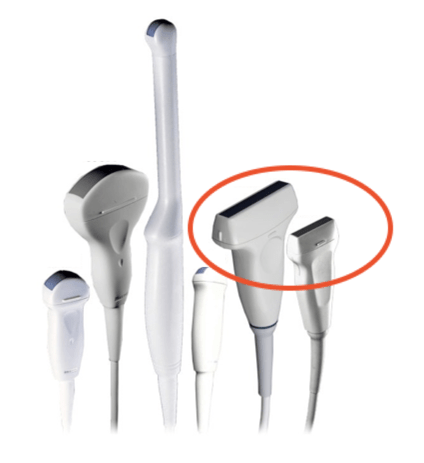 So to begin procedural access we'll pick a probe, and the best probe to use for procedural guidance in most cases is going to be your linear probe, this is sometimes known as the vascular probe. It’s high frequency, flat faced and basically structures are going to be directly below the face of the probe where you can visualize them easily. 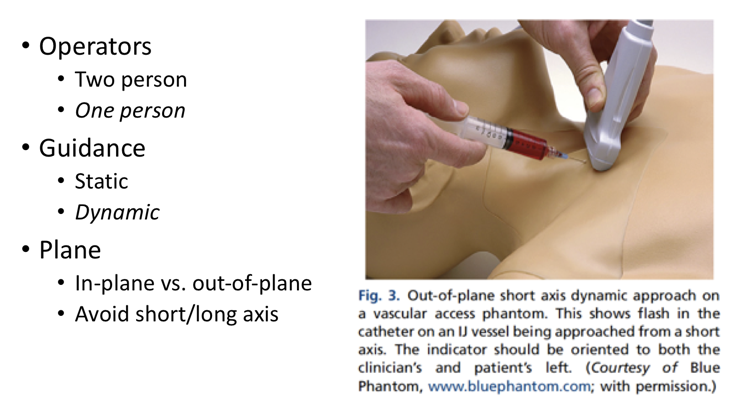 The basics of doing this are that you can do it as a one-person or two-person technique if you have another person to help. You can use static or dynamic guidance and then we'll also talk about the planes of visualization. So if you're first starting this and you have trouble manipulating the needle and the ultrasound at the same time, you may want to use the second person to do the ultrasound portion while you do the procedure, but as you evolve into this I would recommend you try to use the one person technique so that you can adjust the visualization of the ultrasound using, for example your left hand as shown in this illustration here while you have the needle in your right hand - that way you can really put the ultrasound plane where you need to in order to find the needle. For guidance you can do either static or dynamic guidance, meaning for static guidance you could just visualize the fluid pocket and put the ultrasound probe down and access it. This may be appropriate for large pockets of fluid such as in a paracentesis or thoracentesis but generally if you're accessing a small space particularly a peripheral venous access procedure or central venous access you're going to want to visualize the needle dynamically so you're actually watching it under real time ultrasound guidance. In the next section we'll talk about planes. In-plane versus out-of-plane in long and short axis.