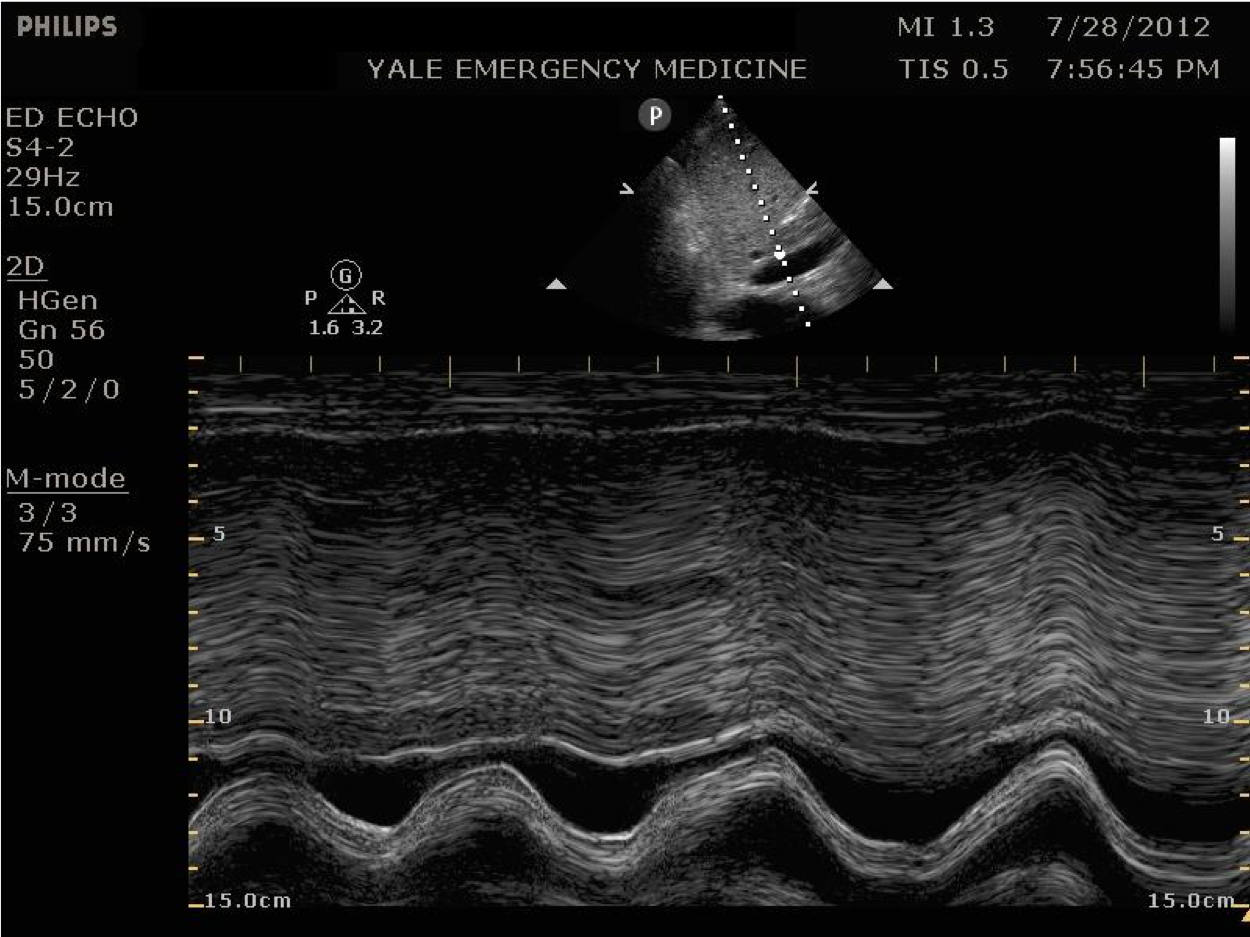 So another way to evaluate the IVC in the sagittal plane is with m-mode or motion mode. This can show the collapsibility of the IVC over time, and it’s a nice visual representation in a still image. The x axis is time and in the far field here you can see the IVC which is collapsing and then distending depending on whether the patient is sniffing in or not.

You actually can measure this. This is something called the caval index. I’m personally not a big fan of numeric measures of the IVC, but it can give you a sense of the collapsibility. In this case they are using m mode across the IVC and you can see them measuring the point at which the IVC is collapsed to where its dilated, and that is called the caval index. You take the maximum diameter minus the minimum divided by the maximum. In this case, the measurement is about 0.6 going up to 2.4, gives us a cable index of .75, or essentially a 75% collapse, which indicates the patient is less likely to be over hydrated, they could probably benefit from iv fluids.