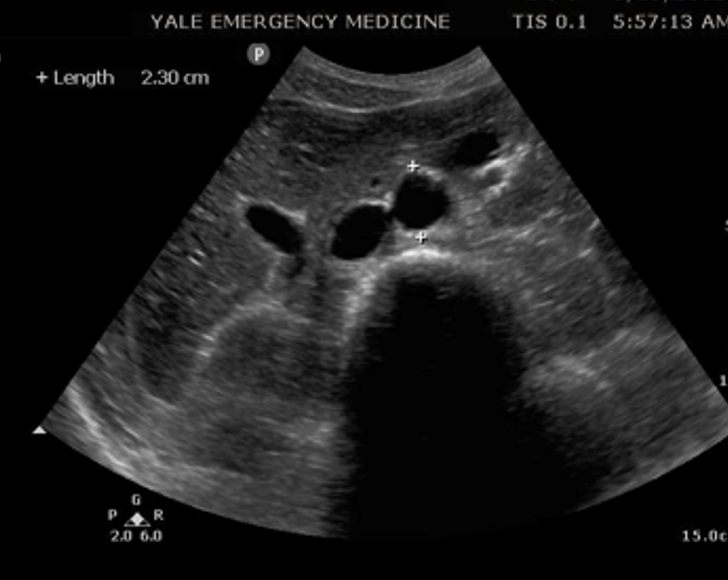 The normal abdominal aorta is typically about 2 cm and we consider it aneurysmal when it’s over about 3 cm, we measure it from out outside wall to the outside wall to avoid under-estimating any aneurysm and make sure we measure the entire aorta and not just the lumen as we’ll look at later in this lecture.

Here’s a very large aneurysm with color flow. These typically occur in males, its associated with aging and really if they’ve ever smoked, even if they stopped 20 years ago they’re still at risk for aneurysm. The risk of rupture increases dramatically over 5 cm and that’s why the threshold for repair is typically about 5 cm. If these rupture prior to detection the mortality can exceed 80%, often 85-90% and it causes about 13,000 deaths annually in the US. With ultrasound being actually about 95% sensitive in good hands and 100% specific, it is recommended by the US preventative task force as a one-time screening for males who have ever smoked between the ages of 55 to 65. 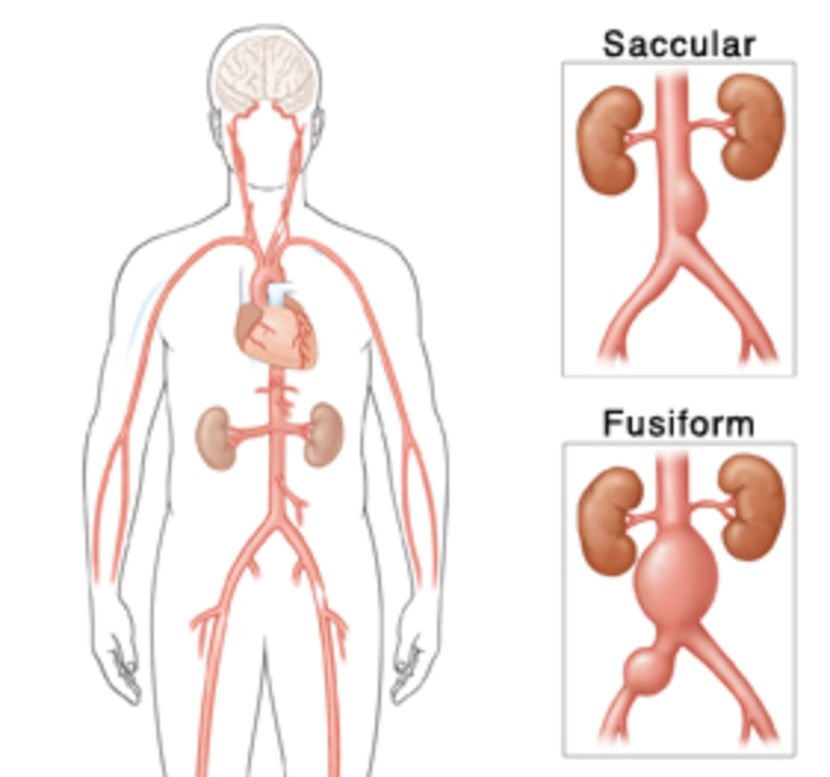 There are two major types of aneurysm, the most common is a fusiform aneurysm, where the entire aorta typically around the renals or intrarenal area starts to dilate. The other type is a saccular aneurysm where there is an outpouching of the aorta, less common but important to try visualize the entire aorta so you don’t miss a saccular aneurysm. When aortas do rupture, it typically goes retroperitoneal so keep in mind that it’s difficult to detect a leak or rupture using ultrasound. You’re not going to see intraperitoneal fluid or free fluid such as in Morison’s pouch, you can sometimes see debris in the retroperitoneum, but this is challenging so you really should rely on visualization of an aneurysm along with the clinical picture such as abdominal or back pain and low blood pressure to determine that this patient likely has a leaking aneurysm and requires emergent vascular consultation. CT angiography is going to be more definitive for showing exactly the location of the aneurysm and whether its leaking into the peritoneum. 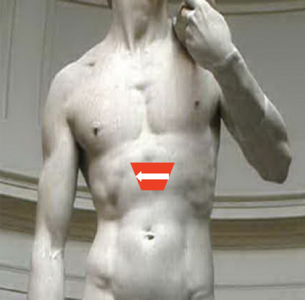 Here we see a transverse view of an aneurysm, probably approaching 5 cm, sitting on that vertebral body, it’s pulsating, we don’t see the IVC well, you can’t tell if this particular aneurysm is leaking. Again, pair this with the clinical picture, if the patient is having a lot of back pain or low blood pressure that would indicate its likely to be a ruptured or leaking AAA.