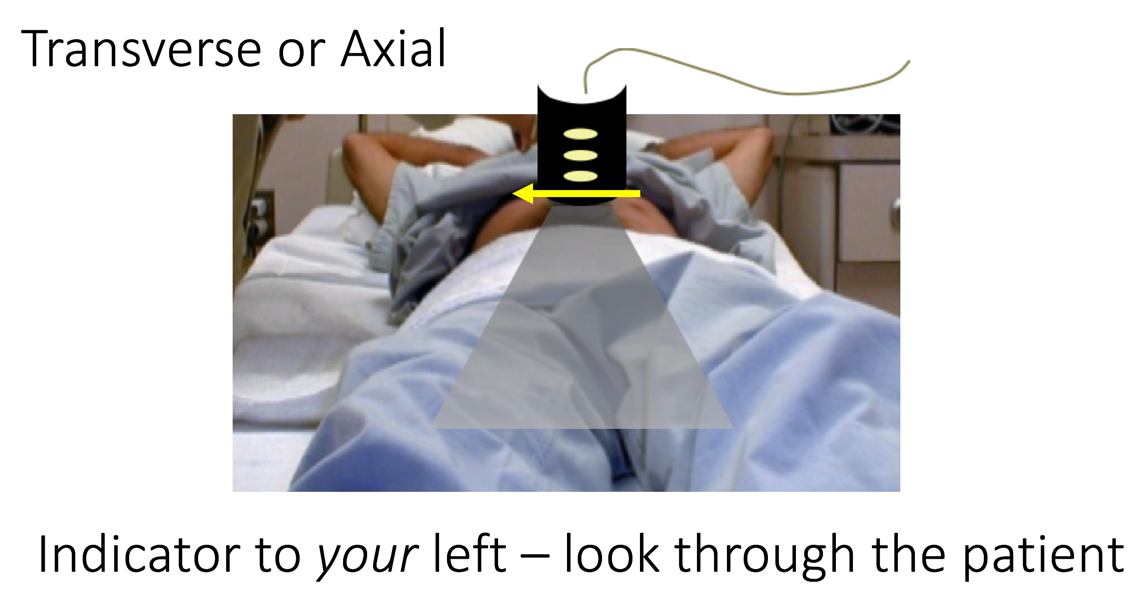 So here’s an example of the transverse or axial plane. The way I like to think about this is to always keep the indicator, which is going to be on screen left, to my left, and that way you can just think about taking that plane that you’re cutting through and placing it on the screen. So when you’re scanning a patient in the transverse or axial plane, you’re basically looking from the feet upwards - and again, keeping that indicator to your left which will be the patient’s right. 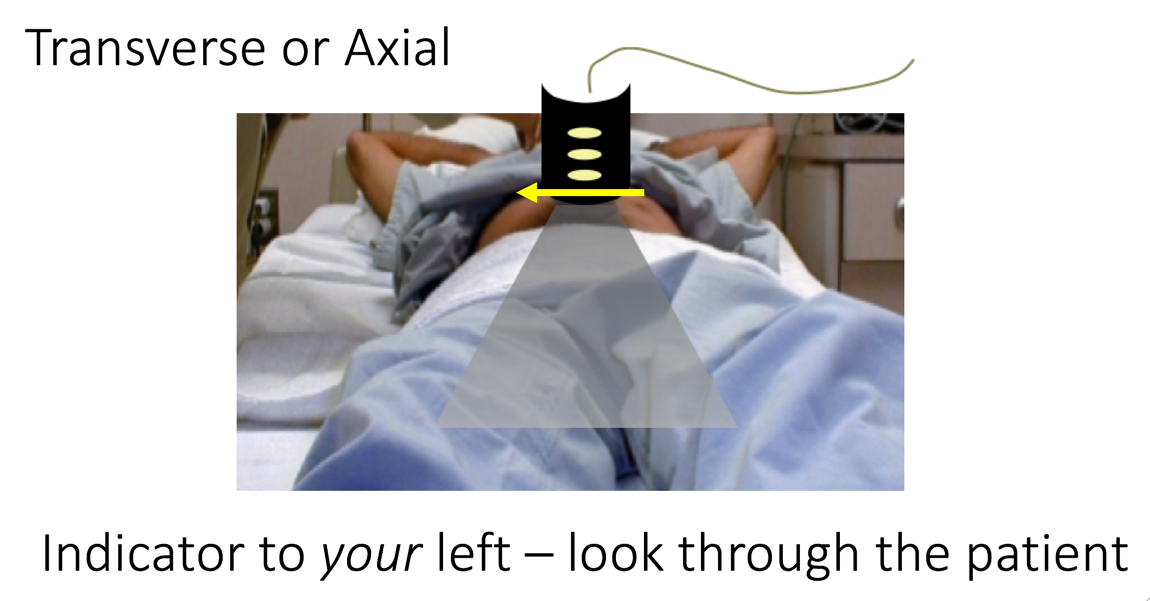 In a way it shows you organs as you look on the screen. If you look at this image you’ll see that there is an indicator on screen left and that’s where the probe is directed. We’ll talk about the actual anatomic appearances later, but basically in the far field you can see the shadow of the vertebral body and the aorta and inferior vena cava are sitting on top of that.

So here’s a blown up version of that movie with the structures labeled. Again, in the far field you have the shadow from the vertebral body, cutting through in a transverse plane, the inferior vena cava anatomically is on the patients right, and that’s on the left side of the screen as you’re viewing it because that’s where your indicator is directed. The aorta is on the patients left, and that’s sitting right on top of the vertebral body.