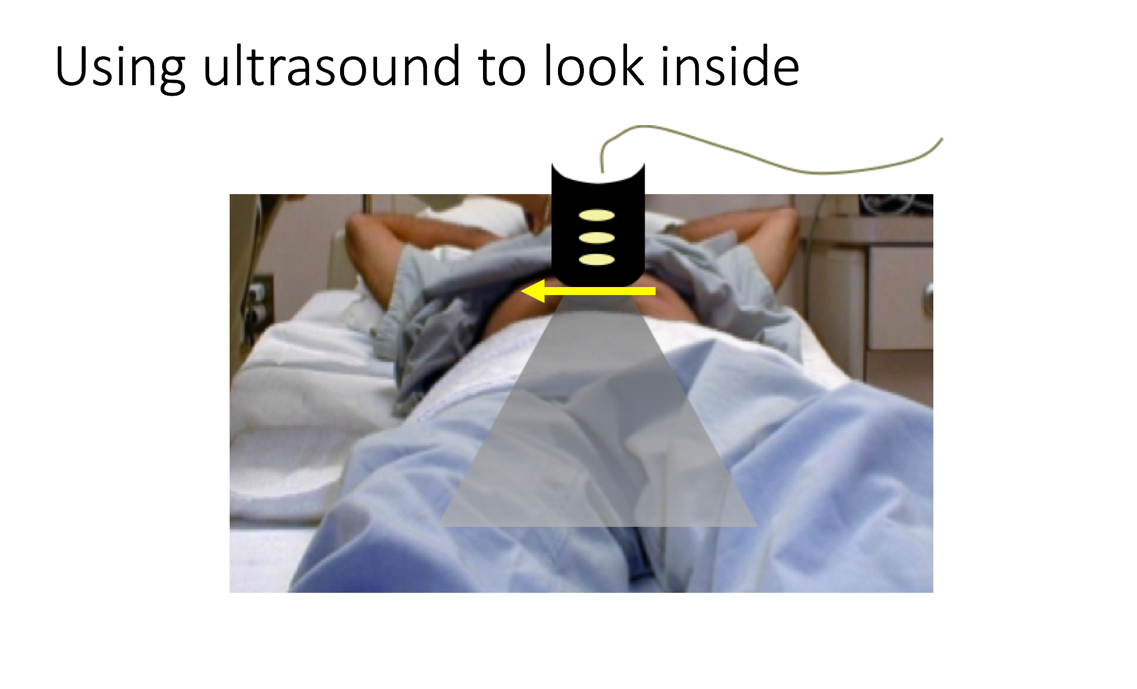 So we’ve talked a bit about how the ultrasound image is formed, how it’s a plane, and were going to use this plane to look through the body. In order to understand how the plane is displayed on the screen, it’s important to take into account your image orientation, and your probe direction, and indicator position as it cuts through planes in the body. 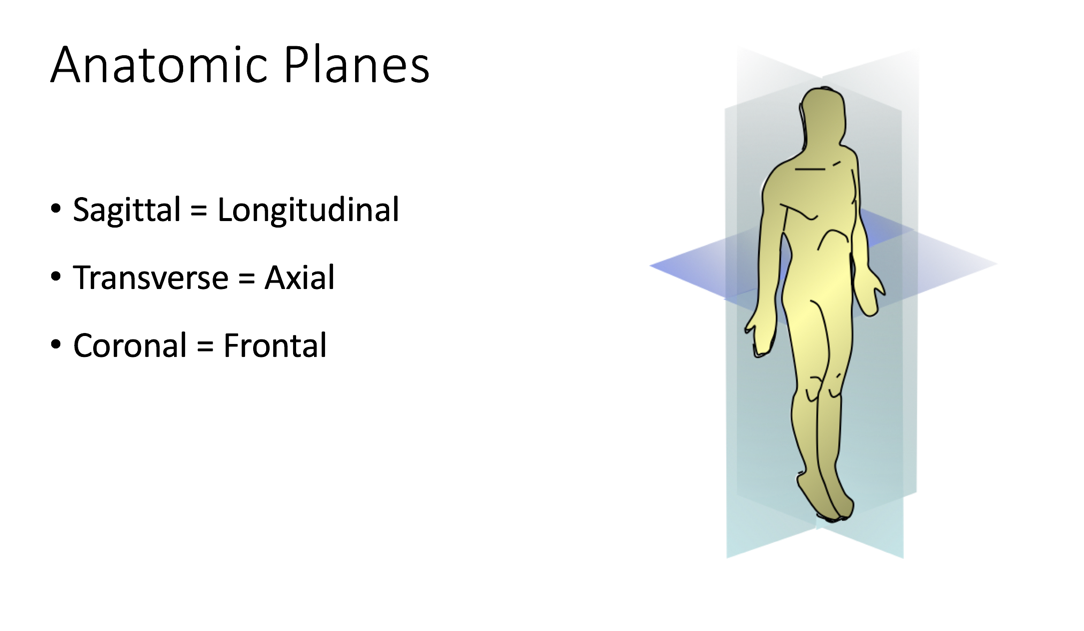 So this goes back to anatomy, and you may recall the anatomic planes. If you’re looking at a patient and they’re lying on a stretcher you could think about cutting through the body in one of three orthogonal planes. The one that goes from head to feet when the transducer is placed on the anterior portion of the body, the abdomen, is a sagittal or longitudinal plane. If we turn the indicator towards the patient’s right (and this is the one we’ve been looking at so far), then the plane of the ultrasound will cut through the body in an axial or transverse plane, very similar to what we typically look at in a CT scan image. The other image which is important especially in the FAST exam and the ways we look at the kidney and liver, is the coronal or frontal plane, where the indicator is also directed towards the head, but the plane of the ultrasound and the plane of the body is essentially parallel to that of the bed so you’re placing the probe at the side and cutting in.